I was as the laundromat this morning. Actually, have not been in about a month. Not a big deal because we were on vacation. To be honest we have enough clothes to last a month.

This morning was different because I did not get going at 4:00am like I usually do. The truth of the matter is that I got up around 1:30am, went downstairs, got dressed and then laid back on the recliner. The next time I woke up was shortly before 5:00am. By the time I got out the door it was twenty after that later hour. So much for getting my usual early start! When I arrived, only a couple of guys were there;  a few of the regulars I typically see when I get off schedule by a week.

There was a new person this morning. Someone I had not seen before. I think he was a transient. I wasn’t sure he was doing laundry or if he had stopped in to warm up and rest. He watched me while I loaded up my washers. It was a little unnerving, but I ignored him. I didn’t worry because I wasn’t alone. He was just a visitor.
Over the course of the next hour and a half, I watch this guy as he openly belched and laughed at his behavior. He smelled horrible and was completely unkempt. When I first arrived he was drinking a sparkling water. After a while, he went over to the local convenience store and came back with a hot-dog and a beer. He loudly belched some more, and continued to laugh at himself while he was talking to some of the other guys. I would venture to say that he was was probably pretty happy with himself. Clearly, he was someone who thought that his beer belches were hilarious.
Nope…he was completely disgusting, and I was repulsed by his entire appearance.
He bragged about how he didn’t have to pay rent, and that he had money, flashing it around as if it was something to be proud. He went so far as to ask one of the guys if he wanted to fold his clothes for him. The other patron said “no”, and our new visitor ended up throwing his clothes back into the white garbage bags he brought them in, saying he didn’t need to fold them anyway.

Sadness for a Life Thrown Away

I had my back to him as he walked out the door. As I turned around, I watched him walked down the parking lot toward the road, and thought to myself, “How sad….”
How sad was what I had just witnessed. Here is a guy not more than about 35, and had completely thrown his life away. It reminded me of someone else who had also thrown their life away. Like that old friend whose appearance is nothing more than a shell of that long ago life, I wondered what had caused him to turn into the person he became? Was this just rebellion on his part? Did he make one mistake too many, or was he just down on his luck? Perhaps he was a product of his upbringing.
Whatever the reason, he clearly wasn’t living in something with four walls and plumbing. Thank goodness my nose was somewhat stuffed up because his body odor would have blown a mere mortal out of his shoes. If I had gotten a whiff of him with a clear head, the front windows would have shattered as I flew back out of my sneakers.

We All Make Choices

The more I thought about him though, the more I realized that he probably didn’t care about his current state of affairs – living in a tent somewhere and completely okay with it. He may not have a car, but he had a bike which he indicated he was going to go pick up. He even said that he had more clothes to wash. Go figure! 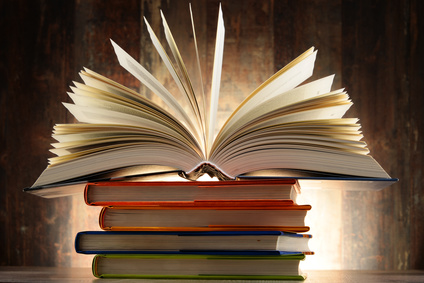 Anyway, as I sat and folded the rest of my clothes, my thoughts wandered to myself in comparison. I’ll admit that Sunday mornings are not my best look. Likewise, our new visitor didn’t present well either. We all make choices. Mine were to get in and out of the laundry as quickly as possible, but my appearance wasn’t that bad if someone wanted to talk with me. For this guy though, he chose to let everything go and was quite pleased with himself. So, while we should never judge a book by its cover, sometimes what is on the outside speaks before what is on the inside.
Wishing you moments to discover what’s inside the cover!