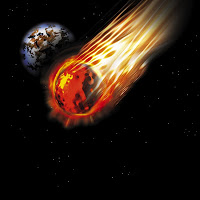 When your life spins out of control, it’s like riding a meteor through space that’s just about to crash land into the hardest surface it can find. The view on the way down is a complete blur because you’re moving at speeds incomprehensible to man. All you can hope for is to survive the crash, land on something soft and hope the impact won’t leave behind a huge crater. Unfortunately, that’s not quite the way I remembered it.
I really dislike these rides and I was on one of the hugest ones of my life when I crash landed almost two years ago. Fortunately, I come built in with something that typically softens the blow –  my big bottom! However, in this case, the impact I created was a hole larger than the Grand Canyon. While it may have been a blur on the way down, the picture looked bleak as I laid there looking up.
I’ve always felt that my looks were never my strongest suit. Let’s face it, I am short and dumpy looking with (in my opinion) a bit of a big a$$ that sticks out pretty far. I’m never going to be a tall stick figure with big poofy lips. I have brown eyes and hair (it’s mostly gray now, but I dye it a dark color.) I’ll never be a blond, blue eyed beauty (although I did dye my hair blond once to satisfy my husband’s curiosity. That was a huge mistake!)
So, why did I crash land…on my big bottom? I’ve had a lot of time to think about why things went the way they did and I have come to a conclusion that just really pisses me off. Thinking back on the little things that led up to the “crash” I should have known this was really one of the reasons. It’s because I was fat and frankly not very pretty. Now, I spent most of my time out of the “public” eye, but there were times that I was really needed. Frankly during some of those times, I performed at “kick ass” levels. I could do the job, but I wasn’t one of the “beautiful” people that fit the industry.
I remember something that came up during a conversation right before things started going downhill. A casual mention that maybe I could get out more, exercise a bit, blah, blah, blah. Holy Crap! Now that I have had time to reflect on this, I am appalled on so many levels. I should have said something, but the economy was starting to go in the toilet and I was afraid that I wasn’t going to have a job. I was blind sided so so I continued on the meteor ride for awhile longer trying to figure out what to do. 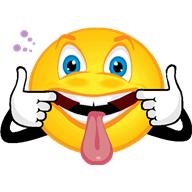 Of course it now hits me. WTH…I have a big bum! It’s not going to change in shape no matter how much I exercise, lose weight or whatever. I’ve had it my whole life. I’ve been made fun of it my whole life.  Short of having surgery (and I’ve thought about it), the shape is going to stay the way it is. (Think Kim K. but add some pounds to it.) Get over it ’cause I have! Ppppfffftttt!
Now that I have gotten that out of the way, I am happy to report that I am slowly taking measures to work on reducing the size of my largely curvaceous bottom. Everything takes time and I have had a lot on my plate…still do. I may have crash landed and created a whole the size of the Grand Canyon, but my big bottom has a lot of cushion. I am happy to report that I have reconciled with that, and it’s finally starting to soften some of the effects of the crash that broke my heart, cracked open my head and blew my self-esteem to smithereens.

Now, if you will all excuse me, I am going to call the Meteorite Men and see if we can find hunt up some of the bits of me that broke off while I was crashing back down to earth! (Who knows? They might be worth a few bucks now!)

***I have written this piece for a group on Facebook that I
joined,
GBE 2: Blog On. This is week #70 and the topic is Bottom.
Interested in more…click on the picture below to take you there.