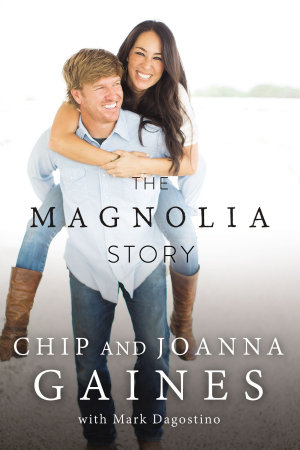 After watching them on television for three seasons, you would think that Chip and Joanna Gaines would be larger than life. Perhaps they are, but I had to know for sure. So I was thrilled to learn that they published The Magnolia Story. I put it on my Christmas list and I could not wait to read it.

It was nice to see that Chip and Joanna wrote this in tandem. Despite the fact that the publisher decided to use different fonts for their parts throughout the book, I would have know their individual voices anywhere. The words expressed by each of them are just like we see on their show. No pretense, straightforward and honest. Not sure what the purpose was or reasoning behind their co-author. Was he just someone who they dictated to or what? I don’t think we will ever find out.

Magnolia Story, As Real As Real Can Get

The Magnolia Story is as real as real can get. Two people who are as different as different could be, yet connecting on the simple principle that if you work hard and believe in your yourself, you can attain anything that you set your sights on. They had their ups, downs and close calls, and yet they maintained their humble and giving nature. Chip and Joanna Gaines, when you read about how they are transforming homes in Waco, TX and the surrounding areas, you begin to understand the they are more than the people you see on TV.

Don’t quit, and don’t give up. The reward is just around the corner. And in times of doubt or times of joy, listen for that still, small voice. Know that God has been there from the beginning–and he will be there until…

That is the best takeaway I’ve read in a long while. Sometimes you just know when you pick up a book whether or not it is going to be worth reading.  The Magnolia Story by Chip and Joanna Gaines is one of those that is definitely worth it.

Wishing you moments of great reading,