I’ve had something on my mind for awhile. Probably shouldn’t be sharing it, but nonetheless, I am human and feel the need to bare my soul. You might not believe this, but the truth is, I’ve had a secret relationship with jealousy for a long time.

It got out when a friend noticed recently that I was carrying around a serious case of envy.

Okay, so yes, I have been known to be jealous from time to time, but I have usually kept it to myself because it is something in which I am not proud. I am embarrassed that I let her see this “ugly feeling” that I’ve had to deal with for years. 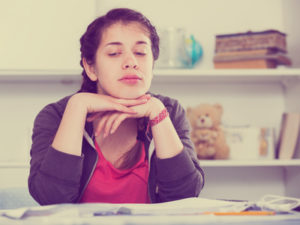 As a youth,  I was considered an outsider. During my teenage years, “outsider” translated to “loser”, and a “loser” meant a “nobody”.  With overprotective parents, there wasn’t much I could do. Living out in the country was not very conducive to “hanging” out,  so I was reduced to limited friendships with a couple of neighbor girls; one of which would often threaten to go home if she did not get her way. She knew what buttons to push and played into my insecurities. I, inevitably, always caved.

Growing up, I felt that I was always on the outside looking in. I wanted lots of friends, to be liked for me, and in general, just to be someone who could sit at the popular table. I thought if I was part of that group I would have the one thing I wanted more than anything – the freedom to be whoever I wanted. Instead, I was a lonely and laughed-at teen who was afraid of everything.

Jealous of a School Friend

I was jealous of everyone back then, even a long time school friend who lived down the road from me. She got her driver’s license before I did, and was able to take the truck to school instead of the bus. I actually had to beg her to pick me up in the morning. Mostly she didn’t want to, but a couple of times she did. Her driver’s license gave her freedom, and she didn’t want anything to do with me. I recognize that now. After high school, I never saw her again.

The bottom line is that I wanted the freedom that she had. While I never openly admitted it, I harbored those feelings for years. I rarely got to do what I heard others did. Nor, was I popular, and I hardly was one of the cool kids. Infrequently invited to parties, I lived a quiet and lonely life.

But I suppose I had other things that maybe they didn’t have. As the only daughter, I had my own space, television, stereo, books, and nice clothes.  When I finally got my driver’s license, it gave me a taste of that longed-for freedom, but with restrictions. While it may seem like I had it all, in reality I had to fight for everything. Those battles left deep and lasting scars.

Jealousy, Sacrifice and the Fight for Freedom

The feelings of jealousy ebbed and flowed throughout my teen years. I tried to hide it most of the time. I continued to fight for more freedom, made huge sacrifices (some that many do not even know about), and learned valuable lessons that I ultimately turned into skills.  At some point, I gained a little liberation when my parents allowed me to stay at home alone while they went out. Friends were not allowed over..another thing I gave up, but at least I got to do what I wanted while my parents were gone – relax and be me. 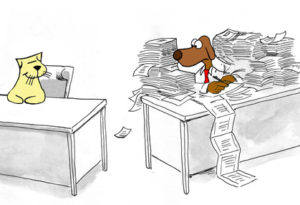 Little by little, making all those sacrifices showcased my ability to be responsible and trustworthy. As an adult, the lessons I learned through sacrificing became the foundation for the way I conducted myself.  In my career, and in my personal life, I’m relied upon and trusted, without any accolades. Fits the quiet and lonely side of my personality. Just knowing that people have confidence in me is enough. Faith in that knowledge is what keeps me going when my anxious nature keeps me awake at night.

Given who I am as a person, I often find myself “getting played” by others.   Whether intentional or not, this betrayal leaves me hurt and insecure with my old friend “jealousy” knocking at the door.  It really bothers me that others can read me like a book. Why is it that they can do this to me without a care, but yet I can’t turn it around and dish it right back? It’s in moments like this when I wonder if all the sacrificing is really worth it. 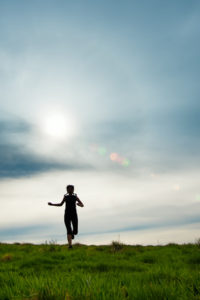 I can’t help that when I make promises, I keep them. Nor can I help that people rely on me because they know if asked, I will do whatever it takes to get it done. I have a hard time saying “no”, and will sacrifice my own needs for those of others. Will this change who I am? “Nope,” I say out loud, as my friend “jealousy” stands by my side, and we watch “freedom” laughingly run off shirking her responsibilities while I pick up the pieces.

I don’t know what is holding me back from breaking up with my lifelong pal. I keep thinking, “What will I lose if I say “no”?” A friend, an opportunity, a chance for something I’ve always wanted? In truth, I am afraid of being excluded, ignored, or worse yet, forgotten, but not always. Sometimes, it just simply being afraid of having that proverbial door slam shut without the other one opening up.

Figuring It All Out

As I sit here this week reflecting on everything, I don’t know what feels worse, being afraid or being jealous. Trying to figure it all out is exhausting. Writing this piece has  opened my eyes to the fact that I really don’t have anything to lose at all. If the people around me really care, then saying “no” won’t matter to them. It won’t make me any less responsible or trustworthy. It just means that I need to put myself first.

I can’t always be everything to everybody, but what I can be is everything to myself. Will putting myself first release me from the clutches of jealousy I’ve felt my whole life, and finally give me the freedom that I have longed for?

But aren’t I worth it to find out?

I think so…’cause I am standing in front of that closed door with my hand on the knob, poised to turn and open it to discover that freedom has always been there waiting for me.

Wishing you moments to not feel jealous,