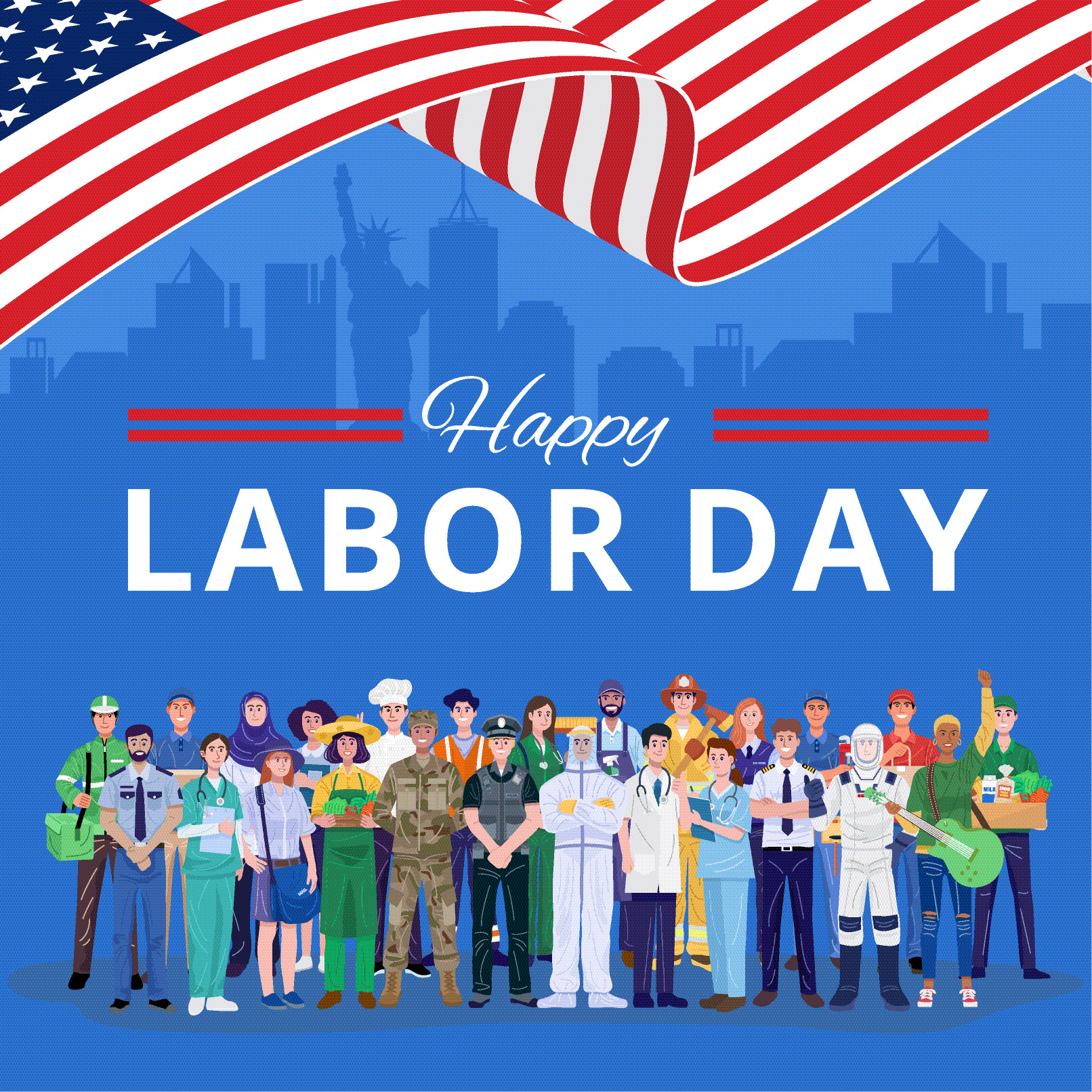 Today is Labor Day. This holiday is always celebrated on the first Monday in September. It is a moment where we pay homage to everything that the American worker has done. I have been a contributing member of the workforce for over 40 years. Probably a lot longer if you consider the work I did for my dad putting together electrical boxes in the garage.

So why do we celebrate Labor Day? I think the best description comes from History.com. Below is an excerpt from their page on Labor Day:

As manufacturing increasingly supplanted agriculture as the wellspring of American employment, labor unions, which had first appeared in the late 18th century, grew more prominent and vocal. They began organizing strikes and rallies to protest poor conditions and compel employers to renegotiate hours and pay.

Many of these events turned violent during this period, including the infamous Haymarket Riot of 1886, in which several Chicago policemen and workers were killed. Others gave rise to longstanding traditions: On September 5, 1882, 10,000 workers took unpaid time off to march from City Hall to Union Square in New York City, holding the first Labor Day parade in U.S. history.

The idea of a “workingmen’s holiday,” celebrated on the first Monday in September, caught on in other industrial centers across the country, and many states passed legislation recognizing it. Congress would not legalize the holiday until 12 years later, when a watershed moment in American labor history brought workers’ rights squarely into the public’s view.

In 1894 on May 11th another strike in Chicago occurred. This time it was against the Pullman Palace Car Company. Employees protested wage cuts and the firing of union representatives.

A little over a month later on June 26th, the American Railroad Union called for a boycott of all Pullman railway cars. This ultimately shut down the railroads and crippled rail traffic throughout the nation. To end the strike, the federal government brought in troops, but this led to another wave of riots which resulted in even more deaths of American workers.

While there is still question as to whom the true founder of Labor Day is, what we do know is that Congress passed an act making Labor Day a true holiday for the District of Columbia and the territories. President Grover Cleveland signed it into law on June 28, 1984.

Today, Labor Day is celebrated with parties, barbecues, parades, and picnics. But let’s not forget those who are not able to celebrate the day. All our first responders (all the people that served tirelessly during the pandemic) are still out there helping those of us who may need it. They don’t get the opportunity to celebrate with their family and friends.

So if you are out and about today, please say a kind word to those that have to work on this Labor. Say a prayer for all of the first responders who are serving to protect our neighborhoods. Better yet do something to thank them for everything they do for us every single day.

Wishing you all a safe and healthy Labor Day.